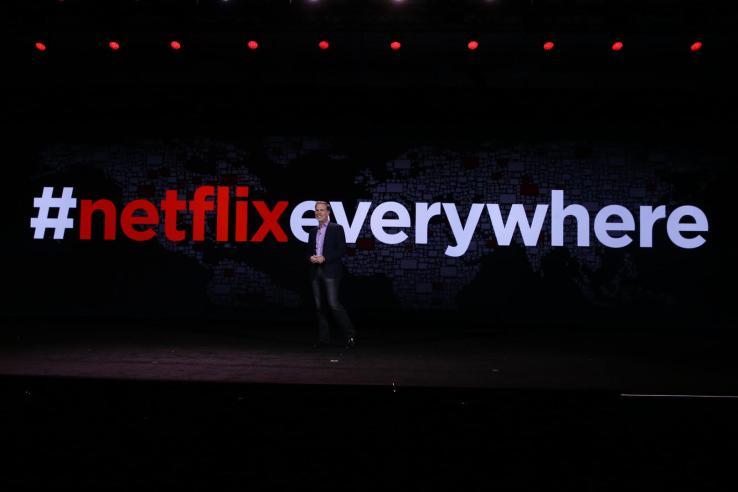 Do you remember the time when CEO of HBO said that the company had no problem with users who were sharing their HBO Go’s passwords? Well Netflix also seems to feel in the same way. In an announcement under-the-radar from last week’s CES, Reed Hastings, the CEO of Netflix mentioned that sharing of Netflix account information by their users in actually “a positive thing.”

In the world of online streaming, account sharing is normally considered to be a gray area. People are not sure that they are breaking rules or law by using account information of someone else. The president of HBO Richard Plepler made it clear some time back that account sharing for the operators of streaming devices will be dealt with seriously. According to him this sort of activity was “terrific marketing vehicle” and was hurting the network’s business of “building addicts,” which they did by giving exposure to their show, product and brand to more people.

For further explanation, he mentioned how parents can share their logins with their children and when the children grow up they will also usually subscribe to Netflix.

Keeping in mind that Netflix is still supporting family accounts in which each member has their own profile, it is quite interesting to know that the CEO of Netflix is okay with account sharing as alternative to upgraded accounts in which more users are able to sign in on several devices at the same time.

It seems that CEO of Netflix considers that subscribing to your own Netflix is another growing-up milestone for young adults.

“As kids move on in their lives, they like to have control of their life, and as they have an income, we see them separately subscribe,” Hastings told reporters at CES. “It really hasn’t been a problem.”

Hastings did not directly express his views about non-family member sharing their Netflix credentials – such as in cases where friends or roommates split an account. Actually the focus of the consumer-friendly policy of the company seems to be to get users addicted to their contents in the hope that they will later become paying subscribers. It must be kept in mind that HBO also wanted the same.

Hearing all of this from Hastings may suggest that he does not feel the need for a crackdown on password sharing. After all, the company has a lot of room to flourish, particularly as it is entering new markets. Big news from Netflix at CES was that they are moving into 130 new countries, including Russia and India. This means that the service which has 70 million paying customers, will be live in 190 countries worldwide.

Hello, my name is Jerry and I am an expert on pillows. While I’m sure that everyone has some expertise when it comes to a pillow since we spend a good 7 to 8 hours or more each night with at least one under our heads, I have developed a special interest in finding the right types of pillows that actually help you sleep better. When I grew up, I really didn’t have an easy time getting a good night’s sleep because I didn’t understand that pillows are more than just bags full of stuffing. In fact, there are many different types of pillows and finding the right one can help you sleep better just like it does for me. Plus, I learned all about how your sleeping position affect the pillow you are using and which type is best for your particular needs.